HYDAC Cooling Systems develops cooling systems for industrial, mobile, and power generation applications; for the latter, it is mainly systems for the lubricating oil circuit in gas turbines, and for the thermal management of diesel and gas engines in generator sets. Over the last two years, HYDAC received orders for more than 100 units from a well-known engine manufacturer, consisting of the design and manufacturing of a cooling system suitable for a 3.5 MW diesel generator used for emergency duty in data centers in several locations in Europe and in the U.S. The cooling package has an overall dimension of 10.5 x 10.8 ft. (3.2 x 3.3 m) and fits in the front part of a non- standard container.

Alessandro Ferrario, product manager for the Electric Power Generation market at HYDAC , explained that the package is composed of a twin-set of vertical standing stacked coolers for the engine’s low and high temperature circuits and utilizes a ventilation system made by four fans driven by AC motors in inverter duty. 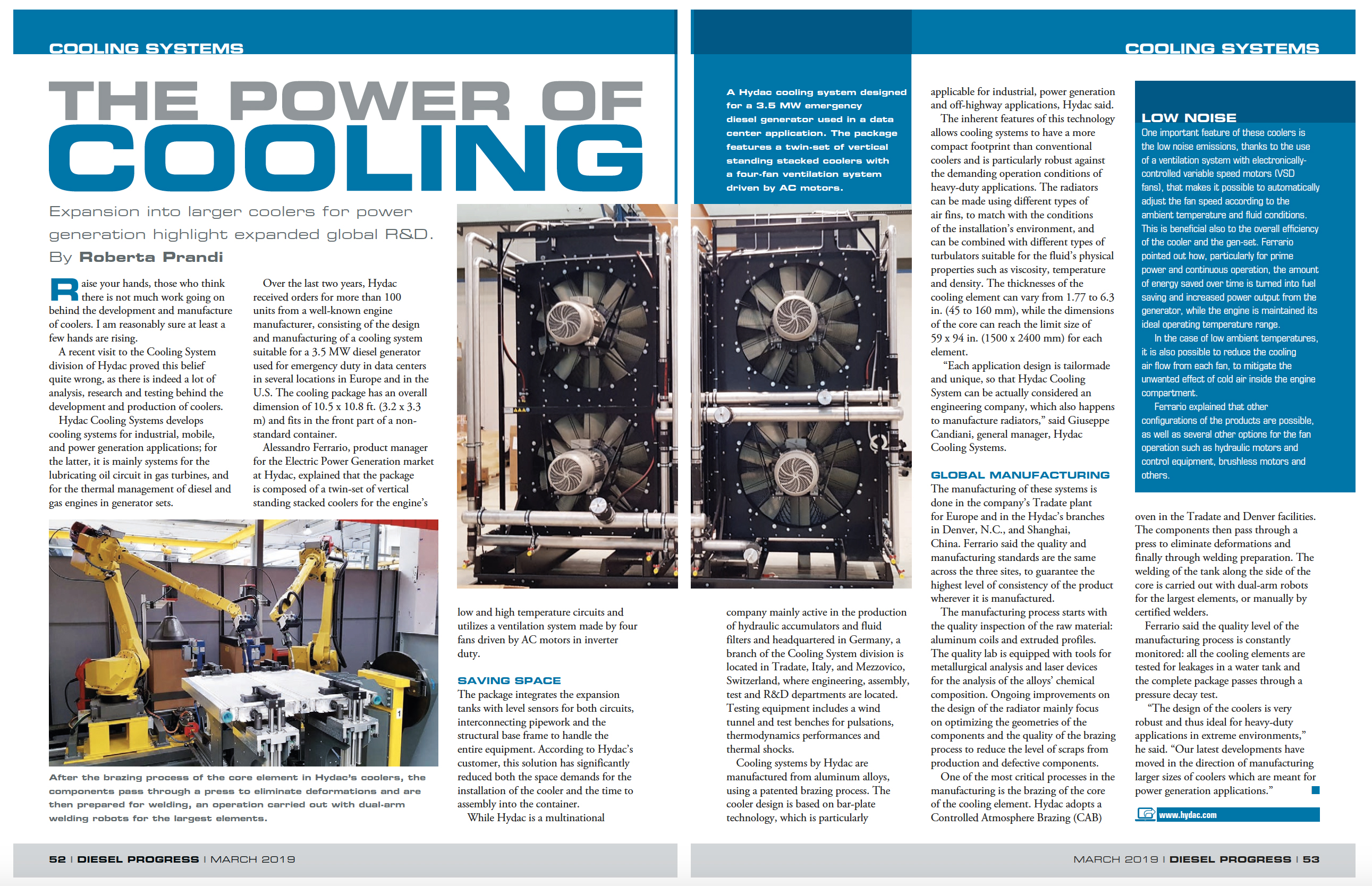 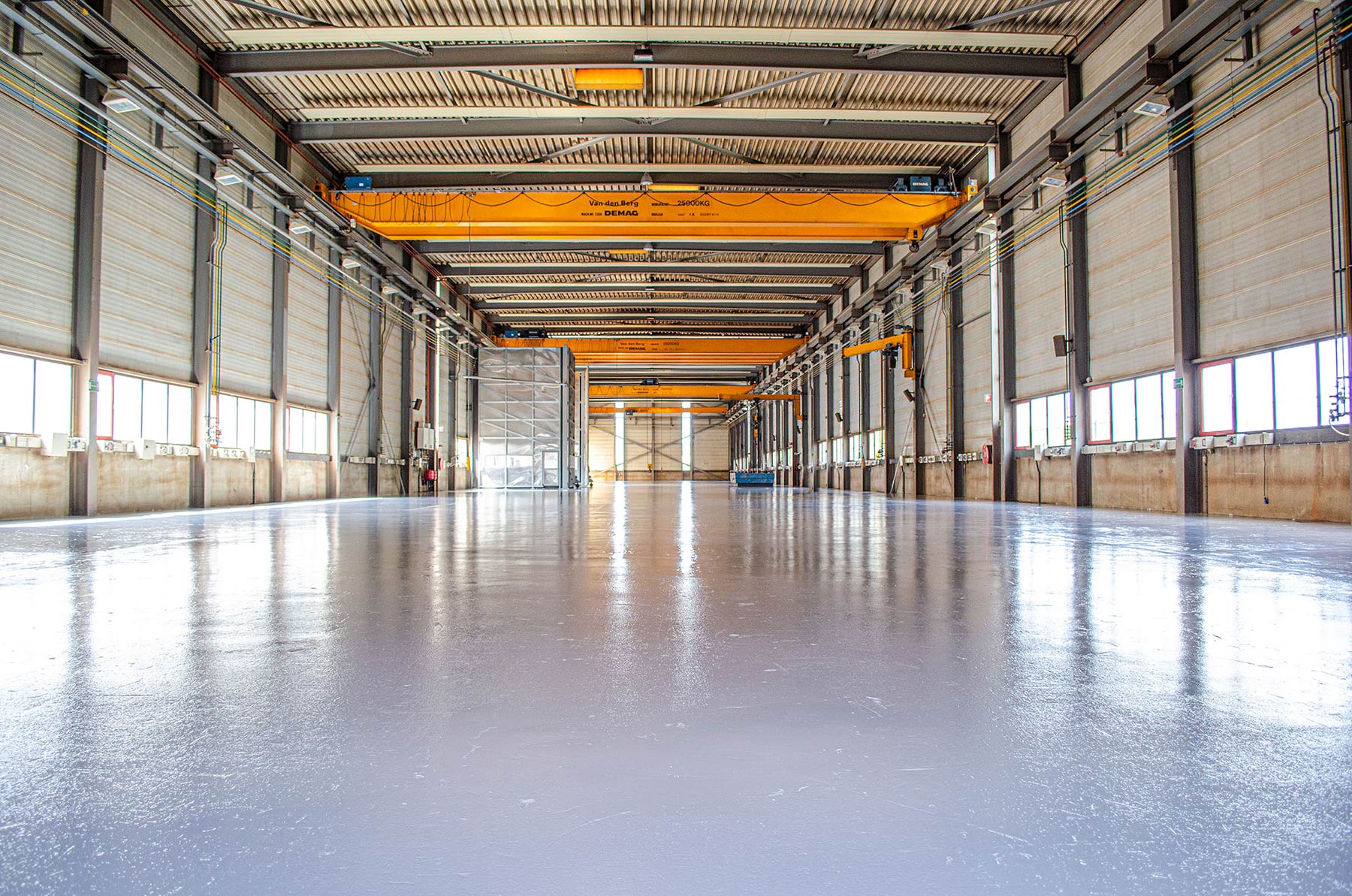 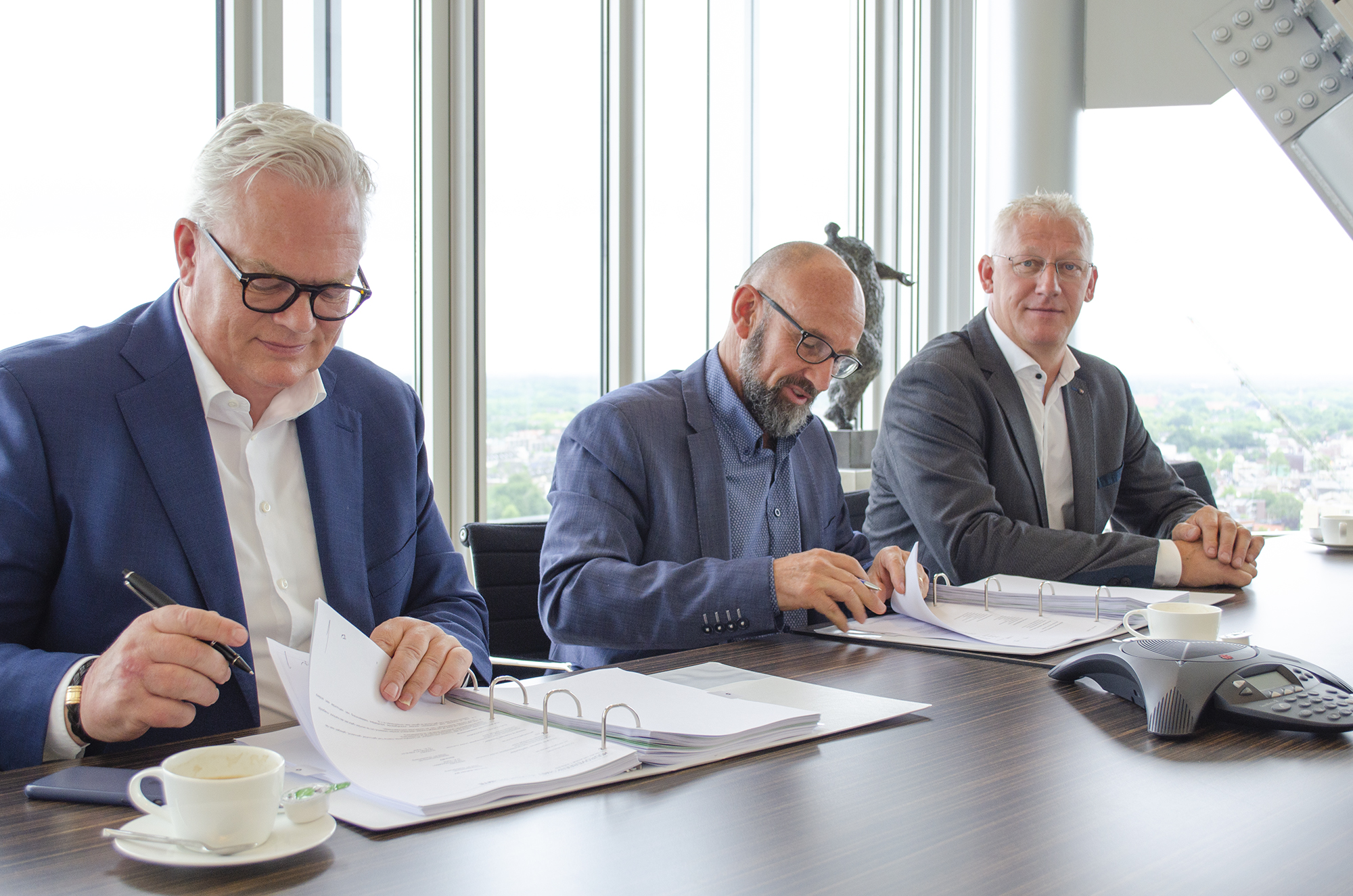 Another acquisition for HYDAC B.V. in Helmond

This website uses cookies so that we can provide you with the best user experience possible. Cookie information is stored in your browser and performs functions such as recognising you when you return to our website and helping our team to understand which sections of the website you find most interesting and useful.

Strictly Necessary Cookie should be enabled at all times so that we can save your preferences for cookie settings.

If you disable this cookie, we will not be able to save your preferences. This means that every time you visit this website you will need to enable or disable cookies again.